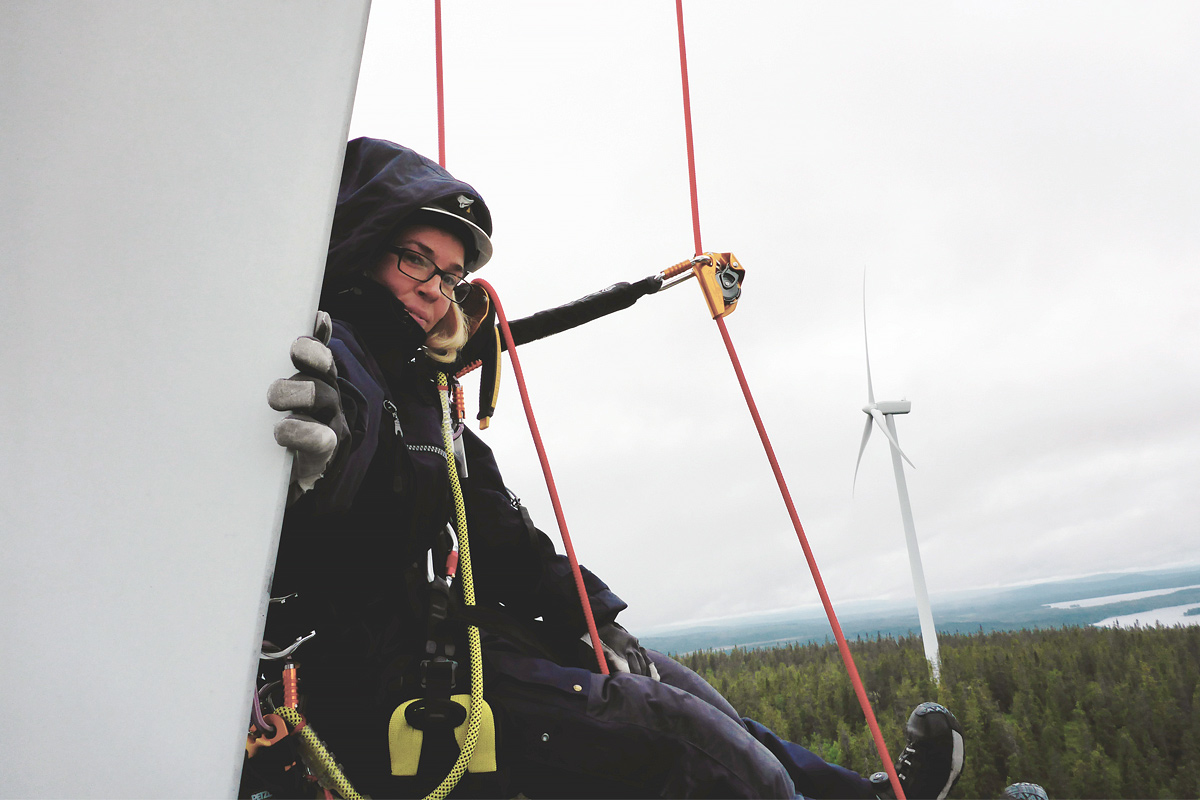 On 21 November WindEurope CEO Giles Dickson spoke on a panel in Brussels about the key role that people – workers, researchers, consumers, entrepreneurs, and citizens – play in the energy transition.

The recent EU elections outlined one key fact: people want more clean energy, and they want it now. There is widespread public support for the expansion of renewables, and wind energy is well-positioned to deliver benefits to people across Europe. Dickson highlighted 3 ways in which wind energy is putting people at the heart of the energy transition.

Firstly, wind energy is working for a happy coexistence with consumers and citizens. This goes beyond the integration of offshore wind with other activities like fishing, military and aviation. It’s about giving back to and actively integrating in the communities where wind is based. Dickson gave the example of the Gwynt y Mor offshore farm in North Wales, which awarded a £570,000 donation to the Royal National Lifeboat Institution. This donation has already funded 543 boat launches, 631 rescues and 3,697 crew hours at sea, as well as 7,546 hours of crew training. The funding package has also supported a new rescue support vehicle based at St Asaph which can be deployed to incidents across the region and further afield when required. The vehicle proved to be invaluable during flooding in Cumbria, December 2015.

Not only does wind energy integrate with communities, it invites community ownership too. Well-established community models are already found in Denmark, Germany, Scotland and Belgium. Community-led initiatives can be set by individuals, groups of individuals, households, small businesses or local authorities operating either individually or in an organised way. They can take different legal forms such as partnerships, cooperatives, community trusts and foundations, limited liability companies, non-profit customer-owned enterprises, housing associations and municipal ownership.

Secondly, wind is empowering workers and entrepreneurs. Beyond thousands of jobs in construction, wind also contributes to a huge number of sectors, from transportation and maintenance to research and innovation. Wind energy already supports more than 300,000 European jobs, and this is set to grow as the energy transition picks up pace. This also brings significant regional benefits and investment to post-industrial areas. For example, Siemens-Gamesa have played a crucial role in the regeneration of Hull in the UK.

Thirdly, wind energy is providing highly-skilled jobs via training centres for research, installation work, and much more. Here Dickson underlined the importance of education: it is vital that Europe educates children and young adults on the benefits of wind in order to make the sector more attractive, diverse, and representative of the populations to which wind energy brings so many benefits.

The event was co-organised by InnoEnergy and the French Institute for International Relations (Ifri).

« More Research & Innovation essential for decarbonisation & delivering a just energy transition
WindEurope to EU parliamentarians: you have a clear mandate to act on renewables – so leverage Europe’s wind industry »