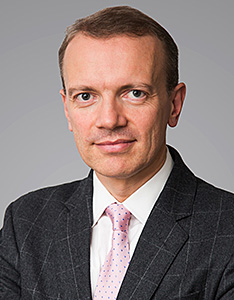 What does Brexit mean for the wind industry?

The full impact and implications of the UK referendum, and what it means for the wind industry short and long term, are impossible to assess properly at this stage. But there are some points we can make with a degree of clarity today – and I wanted to share these with you.

First, the UK wind market retains a number of strong fundamentals. The UK has lower reserve margins than most other countries in Europe so it needs new generation capacity. The current government, which is no great friend of renewables, has committed to 1GW a year of new offshore wind up to 2030.

However, the UK market will get harder now. Slower GDP growth in the UK will reduce electricity demand. And the prospect of Brexit and the political and policy uncertainty it brings, not least during what may be 2-3+ years of negotiating a new UK/EU relationship, will cast a shadow over UK investments. This is likely to raise the cost of capital and impact on project costs. The UK Parliament has said a +2% risk premium would increase the cost of financing offshore wind by £3bn a year.

Brexit will impact on policy. So does the simple fact that the UK will get a new Government in September. As now it’ll be a single-party Conservative Government, and the chances are it’ll stick around until 2020.

What can we expect from the new Government? The current UK Energy Minister has said (post referendum) that the UK will continue to invest in renewables and nuclear. The new Government will probably want to continue supporting offshore instead of onshore wind. They will be ambitious on climate change: the Government last week committed to a 57% emission reduction by 2032 (on 1990 levels). And they’ll probably stick with CO2 pricing whether or not they’re in the EU ETS.

How far they’ll apply EU energy policies is unclear at this stage. But don’t assume they’ll do everything independently of the EU. UK wholesale power prices are twice as high as most places in Europe, and they see the single EU electricity market, and expanded interconnectors, as a way of reducing them. Their reserve margins will remain tight for some time, so they’ll remain a net importer of electricity. Overall, Europe will matter to them on energy.

What about the impact of Brexit on the rest of Europe ? We judge it will shift the balance of opinion on EU policy-making in a negative direction overall. Sure, the UK didn’t like Brussels telling them what to do on renewables, which held us back on the Renewables Directive. But we will lose an ally on climate change, CO2 pricing and electricity markets – and on the Single Market, trade policy and financial services where their pragmatic, business-oriented approach usually worked in our favour. More broadly, the relative weight in the EU of Central and Eastern European countries will increase with Brexit. It’ll be harder for Brussels to do things without having a good number of these countries on board.

So those are points we can make with a degree of confidence today. Of course it leaves many questions unanswered – and it’ll be months if not years until the outlook is really clear.

But can I assure you of one thing: WindEurope will remain fully committed to and active in the UK. RenewableUK will remain a key partner – we are looking forward to our joint Offshore Event in London in June 2017. Above all, the UK will remain a key wind market for our Association and for Europe.