Europe installs 4.9 GW of new wind energy capacity in first half of 2019 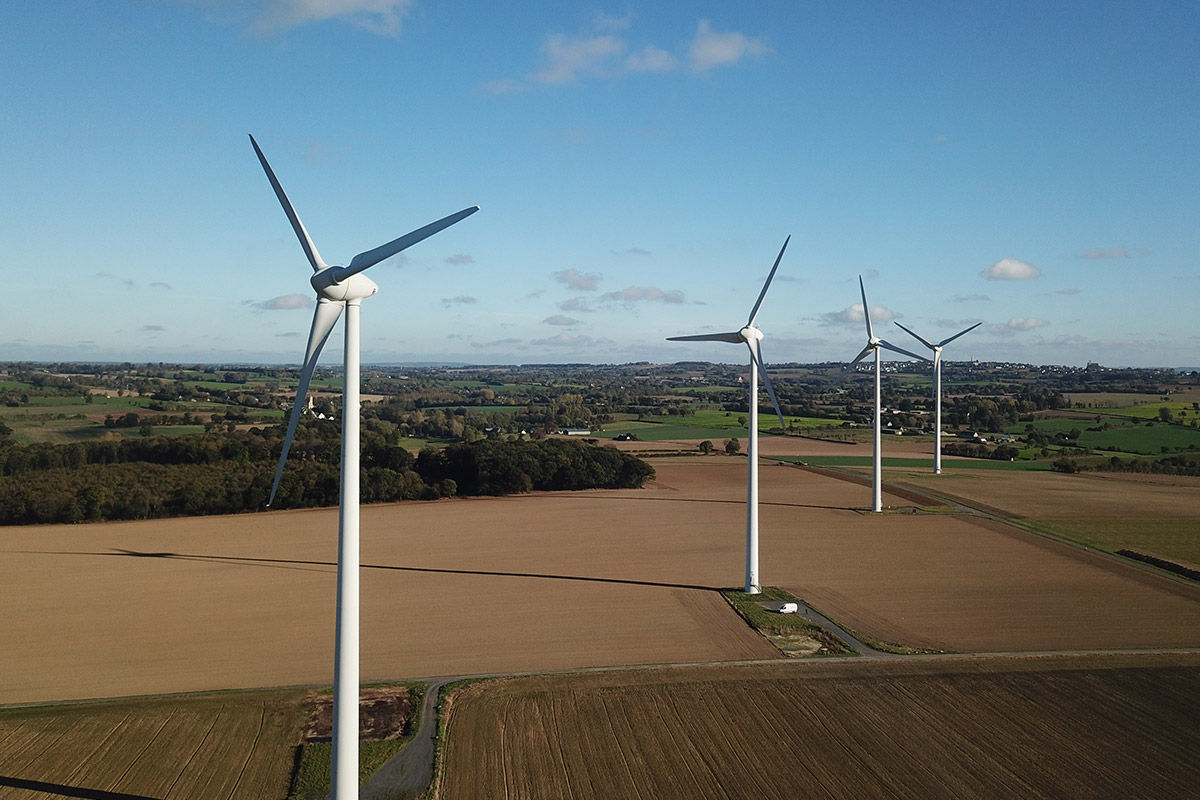 Europe added 4.9 GW of new wind energy capacity in the first half of 2019, according to figures released today by WindEurope. 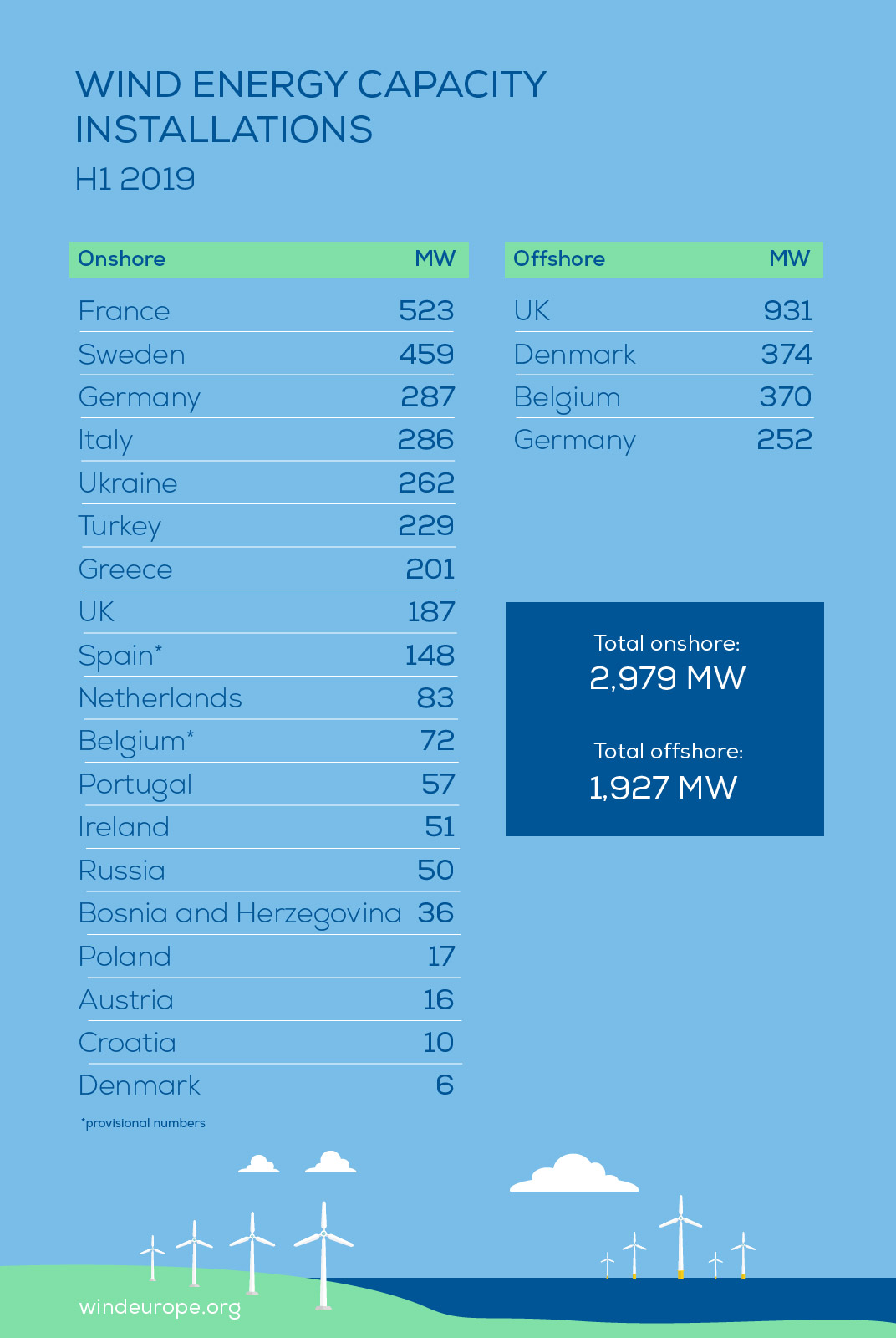 The combined installations of new onshore and offshore wind capacity is up on the same period last year (4.5 GW), but onshore installations were down due to serious issues in Germany.

Onshore wind installations are typically stronger in the 2nd half of the year. This tendency is particularly pronounced in Nordic countries where installation activity is strongest in Summer months. Turbine orders and market activity suggest we will see significant volumes grid connected in Sweden and Norway in the second semester. Large volumes are also expected in Spain on the back of the 4.1 GW auctioned in 2017 and 2018.

In the first half of 2019 Europe invested €8.8bn in the construction of future wind farms, €6.4bn in onshore wind and €2.4bn in offshore wind. These investments will result in 5.9 GW being installed and grid connected over the next two to three years. France and the Netherlands led investments.

WindEurope Chief Policy Officer Pierre Tardieu said: “It was a good start to the year for offshore wind growth. But onshore wind installations were poor these past 6 months. Germany had the lowest first half of the year for new onshore wind installations since 2000. Permitting challenges remain the key bottleneck: 11 GW of onshore wind are stuck in the permitting process in Germany. And the transition to auctions, where so-called ‘community projects’ were allowed to bid in auctions without a permit back in 2017, has been messy. Many of these projects still need to be built.

“With France, which had a good first 6 months, Spain, Norway and Sweden will now have to help pick up the slack in the second half of the year.“

The EU has set a renewable energy target of 32% for 2030 and is talking about a net zero economy by 2050. The rate of installations we’ve seen so far this year won’t get us there.

“European countries are finalising their National Energy & Climate Plans to 2030. They should be giving as much detail as possible on the policy measures that will allow a smooth and robust deployment of renewables. The auction schedule, what they will do to streamline permitting, how they will replace the wind farms that are coming to the end of their operational life. It’s this kind of detail the industry needs to plan ahead and help deliver on Europe’s climate and energy ambitions cost effectively.”